During initial consultations, one of the most common reactions that I see is surprise upon learning that a conviction for possession of marijuana will result in a 6 month suspension of your drivers license.  Even if you were simply walking down the street and an officer issued you a citation for possession of marijuana, a conviction would still result in license suspension – even though you were not driving at the time!  Even if you’re currently not licensed, it will be six months from the conviction until you could get a license, so it suspends your ability to get a license. If you’re licensed in another state, for example, then your privilege to drive in Virginia would be suspended. For out of state residents this means that you would not be legally allowed to drive through our state for six months. 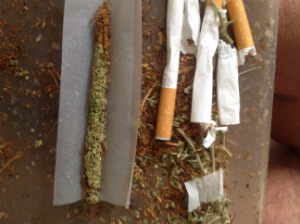 18.2-250.1, it is unlawful for any person to “knowingly” possess marijuana. Generally, any person convicted of a first offense for possession of marijuana (less than one-half ounce) is guilty of a misdemeanor and subject to confinement in jail for up to thirty (30) days and a fine of up to $500. Additionally, conviction under this statute requires a suspension of an individual’s license to drive a motor vehicle for six months. See Virginia Code §18.2-259.1. However, an individual whose license is suspended may petition the court for a restricted license to drive to work, school, church and medical appointments.

nextAlexandria DUI With BAC of .15 Results in No Jail Time